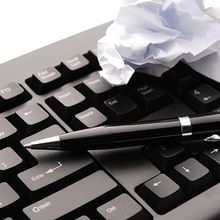 On Wednesday, the rehab center did not call with times for appointment tomorrow so I called to find out what time Mom was to be down to hospital for procedure tomorrow. I had problems with the staff not wanting to tell me and I had to use the state ombudsmen trump card to get the information. More added to my list for the care conference.

On Tuesday, Mom had debridement procedure. I found out that the rehab center put a hydrogen peroxide soaked patch on the wound against the surgeon's orders as he ordered a betadine patch on it. The doctor following her at the home changed the order according to the rehab center and it is not documented in the clinic or hospital system. More added to my list for the care conference. This caused the surgeon to have to do a revision instead of a debridement. This means that Mom has more stitches than she otherwise would have had. She also has a longer healing time and more pain, which means more pain meds that make her groggy, which means she's less able to do rehab. Even with all this the surgeon is confident in the surgery and has issued care orders. He has filed a complaint against the other doctor with hospital administration and has informed the rehab center that if they do not follow his (the surgeon) orders that he will file a formal complaint with Medicare and Medicaid. The surgeon has me meeting with his secretary to help me file a formal complaint on the doctor that has been following her in the rehab center.

On Friday, Mom had dialysis and I did laundry.

On Saturday, I worked communications for the St. Patrick’s day parade.

On Sunday, I went to visit Mom. Her supper tray arrived before I left and there was many errors with it! They had two bananas on it, mashed potatoes, and a German style potato salad. All of which have potassium in them and she is to be on a low potassium diet as well as a low sodium diet. The germen style potato salad has bacon in it! I have a photo of her tray and am taking it with me to the care meeting on Tuesday!

Mom had dialysis today. Talked with mom’s dialysis nurse manager and dietitian about the food that they were feeding Mom and they are going to call again.

I do plan on posting an update after the care conference that is tomorrow but the update may not be posted until Wednesday morning depending on time I get back from the conference and other factors.