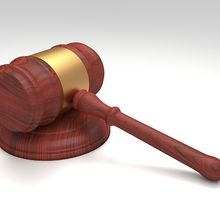 The dietitian reported that they had her on a low potassium, low sodium diet and it seemed to be going well. To this the dietitian at dialysis and I objected at the same time. I went through my observations and the dialysis dietitian went over the discussions with Mom as well as the lab work. The rehab center dietitian was going to go to the kitchen immediately after the meeting and reinforce the diet with them. The administrator did not have a report but was there because of my call. The social worker reported that our next care conference will be to get ready for discharge unless there are major changes.

The activities representative reported that she has been active in the activities at the rehab center. The nurse for her wing reported that she was on a fluid restriction and that the order stated that all her fluid were to be at meal time or with her meds only. I objected and so did her dialysis nurse manager. Supposedly they will be making changes to this with it implemented on Wednesday.

Then there was a joint report from dialysis covering medication changes not being properly reported, orders that were supposedly given by the doctor following her at the rehab center and after the dialysis center consulted with him he claims he never ordered. To that the administrator responded that they are standing orders from him and the dialysis center reminded them that standing orders can only be used when other orders are not in place and that they cannot rely on standing orders just because they were issued by a doctor and other orders issued by a dietitian or nurse practitioner.

They have also stated that they need, at least two weeks before Mom is to be discharged, a list of all equipment and supplies that she will need when going home so they can set up for her to have them when she comes home.

Finally, it was turn. I brought up the issue of them using the doctor they have following her there and not her specialists that are in place and that Medicare had told me that they are to use her specialists instead of this doctor. The MCO team backed me up on that. They claim that the specialists are refusing to give them written orders and only want to do phone orders which are not acceptable to them to which the dialysis center states they have never been consulted and would issue written orders and that the specialists would if asked but that they have to ask as most centers take phone orders. The administrator stated that she will review this.

Mom has nothing to bring up other than she very much wants to be ready to go home. The meeting adjourned and Mom, her MCO care team and myself went back to Mom’s room they did a state required goals assessment with her. They then left and I stayed to talk with Mom and spend some time with her.

Her lunch tray came when I was still there and it came with the following items on it: corned beef, little red potatoes with skins on, cabbage with carets, two bananas, a large orange juice, green jell-o with fruit in it! I told her to not eat it and told the nurse (same one that was at her care conference) I wanted the dietitian up there immediately or I would be calling the state ombudsmen as this was to be addressed immediately after the care conference. When the dietitian came I had all I could do to not throw the tray in the face but I did ask her what is wrong with this tray. She said she would get it corrected and talk to the kitchen staff again.

When she returned with a proper tray I told her that I expect better supervision of the kitchen staff and that I am making a report of this to her MCO, the dialysis center, and the administrator. I stopped at administration on my way out and told the secretary that I have a follow-up problem and if I did not get to talk to the administrator that I was reporting this to the state ombudsmen. They went and got her out of her lunch and she is supposedly reviewing it and is issuing an order that the nurse has to review her tray before the CNA can give her the tray to verify the diet.

When I got out I called the dietitian at the dialysis center and informed her and she is going to write up another order requiring a list of all her meals be bent to the dialysis center so they can review them. I then called the receptionist at the MCO as I knew that her team would not be back to the office yet (I do not have their cell numbers) and informed her of what happened and she told me she would have one of them call me. Not even five minutes later the nurse from her MCO was calling me (from a blocked number). Normally I do not answer blocked numbers but was expecting a call from them and know that their cell phones come up that way so I answered it. I explained what happened and she was calling the administrator and demanding an incident report as well as she told me she is filing a complaint with the state and told me to call the state ombudsmen.

So as soon as I hung up from her I called the state ombudsmen and talked with her. She asked if I was still in town and had some time to which I answered yes, I was still in town as I was still in the parking lot of the facility and yes, I had time. She told me she would be there in 15 minutes and asked me where I wanted to meet her--at my car or Mom’s room. I told her my car as I did not want them to be tipped off as to what was going on so I gave her a description of my car as well as my license plate (my ham call sign as I have amateur radio plates).

We met and she took my statement there in the parking lot. Then we proceeded in directly to administration. She ordered an immediate meeting with the administrator, the dietitian, the head nurse of the facility, the head nurse for her wing, the kitchen supervisor, Mom, myself, and she called the dietitian at the dialysis center. Back to the conference room we go. She then went over the complaint and then asked the dialysis dietitian to explain the labs and diet that she is to be on. She asked for the chart of the care conference that just occurred and actions that were already taken on that. She then ordered that we wait there until she reviewed the information.

About 20 minutes later she made the decision that the dietitian did not have proper supervision of the kitchen staff and that the kitchen administrator did not have the proper certification. She had already called the local hospital and had several dietary aids on their way over and would be reviewing ALL residents dietary restrictions and meals for supper before they went out . They also need to hire several properly trained dietary aids to oversee what goes on trays and that the dietitian MUST be in the kitchen supervising tray set up until properly trained (per state standards as well as Medicare standards) are in place or they need to get some to come over from the local clinic or hospital. (This could be dietary aids or a dietitian). The center also has to replace the kitchen supervisor with a properly trained person no later than April 1, 2015 and she is submitting a report to Medicare which will probably result in a fine for not having proper training in place as well as the center being put on probation. Mom’s supper tray was well within her diet. She also ordered that a copy of the incident report be sent to her and the dialysis center as well as the one the MCO had already requested on this.

I am still waiting to see what happens with the diet and the facility as this is a county owned (not our county but the neighboring county) facility. I was informed by the ombudsmen that the sciatic center run by the county is also under investigation for having staff in potions that they are not trained for.

GOOD FOR YOU!! Care facilities get slack in what they do, they need someone on top of it all the time. My dad was in one for several months, I was there everyday at one meal a day, without ever saying which one I would be at. Many other residents were not so fortunate.

Bravo! Not on just helping your mom, but the whole place!

Larry,\r\nOnce again WOW! What the rehab center is doing &amp; how they are treating your mom is AWFUL! You are my hero for taking this by the head &amp; being a real advocate for your mom and your mom is lucky to have you. I also keep coming back to the fact that people that do not have family involved that are advocate for them get left in the shuffle.\r\nPrayers!\r\nMaria

Dear Larry, You have my utmost respect for persevering through this difficult situation! It sounds like your actions have impacted and changed the lives/health of the other rehab residents for the better! You are a HERO!