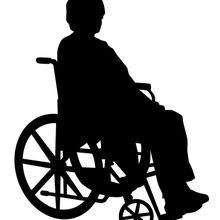 Thursday: After posting received the new dry skin lotion for Mom’s legs. Also received a call that Mom’s new wheelchair is approved and being ordered and we can pick up on Friday afternoon. My friend also received a call today that he will have someone new tomorrow as the person that left the mess has been removed from his account. They also informed him that his Wednesday person will also be a new person because the one he has had is no longer with them. This makes Workers No. 21 and 22 that he has had in the past three months! His MCO case worker has approved that he can self direct the weekdays if we can find a regular person and a back up or two to split the week as I can not do all of his hours if the other person leaves now that I have my hours with Mom.

Friday: On waking up the air temperature was 32 and wind chill was 21. Chiropractor, dialysis, home medical supply, pharmacy, and laundry today. Nephrologist at dialysis today. Meet with nephrologist and her care team at dialysis today. The issue with the nurse not allowing her hot packs has been addressed as that individual nurse was called and given instructions by the doctor. It is in writing on her chart as well as in writing and signed by the doctor and taped to her supplies box at dialysis.

To continue the kidney foundation funding that I am receiving fore care I will need to document a little more information starting March 31, 2014.  I now have to chart her weight gain for each dialysis treatment and provide a comparison to her fluid intake. They do not want us to have to measure output because Mom objects to that but we will be calculating that based on input – gain. Gain will be calculated by weight in – weight out last time. Weight loss during treatment will be used to calculate fluid removed. For input, output, and fluid removed 1 ltr = 1 kg. Mom also received her new wheelchair today. The one she was using was 14 years old and originally my grandmother's but has been used by many since my grandmother died in 2002. This chair pushes much nicer and Mom likes the way it rides much better. She is not confined to the chair but cannot walk for any reel distance because of instability from back surgery (2005), heart attack with quadruple bypass (2010), arthritis, and now also general fatigue after dialysis.

Saturday: On waking up the air temperature was 30 and wind chill was 25. Normal cares today. My friend received a copy of a letter today from the US Department of the Interior Civil Rights Division to the City ordering accessible facilities be provided at the dog park. In September of 2012 he filed a complaint with the US Department of Justice Civil Rights Compliance Deviation that the dog park was inaccessible in its facilities. This complaint was passed from department to department in the federal government until March 25, 2014 when it was forwarded to the Department of the Interior and on March 26, 2014 ordering the city to comply by April 28, 2014 and provide evidence of compliance by April 28, 2014 to the US Department of the Interior or a finding of willful violation will be entered and fines will start accruing for the city. The letter was addressed to the Director of Park and Recreation with cc to my friend the complainant, the Superintendent of Park and Recreation and the Mayor.

Sunday: On waking up the air temperature was 36 F and wind chill 32 F. We did get up to 62 F today. Regular cares today. My friend, his service dog, Mom and I went for a long walk today with the nice weather. We also made homemade chicken noodle soup today. I watched some of the virtual caregiving conference as time permitted and found it interesting and will definitely watch more of it as I can.

Monday: On waking up air temperature was 49 F with wind chill of 44 F. Dialysis and chiropractor today. I watched much of the virtual caregiving conference when Mom was at dialysis. Started in the afternoon chat but got interrupted by Mom’s nurse manager with a few questions and when came back was out of the chat and when went back in was acting very flakey as would not show anything. I rebooted computer and came back but chat would not let me into the member chat. I did enjoy watching the archive of the virtual caregiving conference.

The other resident of my friend's building who was in the hospital came home today. She will be getting her regular cares from the company that has been providing them but her case worker has asked me if I would take on a few hours for the next month to help her with her shopping as she does not have the stamina to do it by herself. I have a meeting Tuesday to go over this. We did invite her over for left-over chicken soup tonight. My friend, his service dog, mom and I went out for a short walk as the wind started picking up and the sky started darkening. About 10 minutes after we got back in it started to rain. High temp today 66.

Tuesday: On waking up the air temperature was 27 F with a wind chill of 13 F and freezing rain. I meet with the care team for the other residence of my friend’s building and I will have several hours for this week to take her grocery shopping as her regular providers do not provide shopping support. Then we will discuss if she needs continued shopping help or not and if so schedule when we will do it. Otherwise I took it as a day of rest. We got up to 39 F today.

Wednesday: On waking up the air temp was 21 F with a wind chill of 14F and fog and freezing mist. I had to scrape the car before we could leave for dialysis.