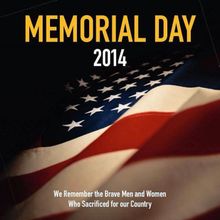 Wednesday: On waking the temperature was 54 F and fog. The high for the day was 73 F. Dialysis today. We got the news that Mom will be changing dialysis time to 6:30 a.m. on Monday, Wednesday and Friday starting this Friday. We have been on the waiting list for this shift since October 2012. This way she will be done by 11:00 a.m. so afternoons are free to do other things. We had a chicken Q at church today so we took chicken to the park by the dog park for a picnic and then to the dog park.

Thursday: On waking the temperature was 48 F. The high for the day was 73 F. Mom had her follow-up appointment from her ER visit last Wednesday. Her PCP is on vacation so Mom was scheduled to see her supervisor who ended up out with a sick child so she was seen by another doctor and as far as I am concerned this appointment was useless. She has a strained muscle or irritated nerve in her rib cage that is irritated when she has to sit still in the dialysis chair for four hours. His only suggestion was to change positions which she cannot do with the needles in her arm! Dialysis has also told us to discuss it with her chiropractor and see what he has to say. We will be seeing the chiropractor next Wednesday and will discuss it with him at that time. We did discuss it with him on Monday when we saw him but he was unable to do any additional investigation on it at that appointment because he was booked solid. He also wanted to see what was found by the hospital so we did a medical records release for this information. Picnic by dog park and visit to dog park.

Friday: On waking the temperature was 48 F with fog. The high for the day was 78 F. Dialysis at  the new time of 6:30 a.m. today. Trip to DME supply for new CPAP mask cushion. Trip to pharmacy for prescription refill. Laundry which we did early with the new schedule. Picnic by the dog park and visit to the dog park.

Saturday: On waking the temperature was 54 F. The high for the day was 76 F. Regular cares today. Picnic by the dog park and visit to the dog park.

Monday, Memorial Day: On waking the temperature was 67 F with am rain. The high for the day was 87 F. Afternoon was clear after dark we had rain again. Dialysis today. We had a cookout of hamburgers, brats, and hotdogs with homemade bread and many different salads. We also went to the dog park and we played phase 10.

I also had to deal with the height of incompetence! My friend’s weekday crew was coming in to do his medically necessary cares only. This is fine as that is all I am approved for if they do not. The problem is that they sent a person who has never been to his place, they got lost and got there over one hour late. He is one block from the hospital and he even offered to meet her by the hospital parking ramp and show her the way but she could not even find the hospital! Then she did not want to take the time to watch the video of how to do his wrap system for his legs that is 40 minutes long and then do his legs as they only have 30 minutes to do the work. This is more of the problem of that company having inadequately trained employees. He called the on-call person and that person turned out to be one of his regular weekday providers and she told the other one to go and she would come and do the job.

Tuesday: On waking the temperature was 67 F. The high for the day was 83 F. French toast made from leftover homemade bread this morning. Podiatrist appointment for Mom today. We found out that her podiatrist is retiring at the end of June. Air conditioning when out in our building this afternoon. Management is working on it but needs to get an HVAC company in as it is more than maintenance can do. We had rain with some thunderstorms from evening through the night.