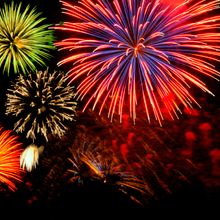 Thursday: On waking up the air temp was 23 F with wind chill of 21 F and fog with frost on the windshield. Welcome to spring. Fasting lab work for Mom today (Lipid Profile). Met with my friend's MCO care team and I may be getting more hours as I have been having to do some of the cleaning on the weekend that the agency that provides his weekday care has not been doing due to lack of coordination by them. They currently have five different people come in to do his cares for each of the five days a week that they do cares and it has been a total of 20 different people over the course of the last three months. His case manager is going to talk to the agency and if they can not correct it I will be getting more hours for him.

Friday: On waking up the air temp was 26 F with wind chill of 19 F and frost on the windshield. Chiropractor, dialysis, pharmacy, and laundry today. Was looking at Mom’s online clinic portal and have yet to find her lab results from yesterday. Called to check on them and was told that the doctor that ordered them had yet to release them and probably will not release them until her appointment with her on Tuesday morning. I found out that normally the labs for your yearly physical are not released until your physical. I am used to the labs that dialysis does and are released same day. I had the opportunity to chat with Denise and Pegi during the afternoon chat today during a break waiting for mom at dialysis.

On the way to my friends to get his laundry I get a call from him all upset and could not understand what was wrong but told him I was only two blocks away and would be there shortly. When I got there I found that the building manager was at his apartment with a complaint about what his weekday person of the day had done with his trash and threatening him with a three-day eviction if it was not corrected immediately. I talked to the building manager and found out that the weekday person had taken the trash from his apartment and just tossed it in the corner in the community room instead of taking it out back to the dumpster. I told her it would be taken care of.

I also found the apartment in shambles. The weekday person put down the carpet powder but just left before vacuuming it up, left dirty mop water in the mop bucket sitting in the middle of the bathroom, a sink filled with dishwater and unwashed dishes, and an open bottle of bleach sitting on the stove! I started by collecting the trash in the community room and took it to the dumpster when walking back in I called his case manager from the MCO (five minutes before she was to be done) and told her what was going on. She told me she would be right out (he lives about five minutes from the MCO office with good traffic conditions). Ten minutes later she was there. She was very upset and is approving me for 3 extra hours this weekend. She also called the agency that does the weekday people but could only get their answering service and was told that they would have a manager call her Monday. She is not happy about this and looking at getting a new agency but has to talk to her boss first. The very least that will happen is that the worker will not be allowed back at his place and my hours will be charge back to that agency.

Saturday: On waking up air temp was 21F and wind chill was 7 F. Regular cares today plus additional cleaning at my friends due to the mess left by the weekday caregivers. Our pastor is starting back with some of the Masses as he is doing the Saturday evening and one of the Sunday Masses.

Sunday: On waking up air temp was 12 F and wind chill was 0 F. Normal cares today. We made spaghetti and had fellowship today.

Monday: On waking up the air temp was 17 F and win chill was 10 F. Dialysis and chiropractor today. Denise announced that caregiving.com will be going down March 31, 2014. Snow was falling after dialysis. I started working on some ideas to keep us together and had gotten some commitments of help from Pegi (@worriedwife) and Lisa (@lisarae)

Tuesday: On waking up air temp was 14 F and wind chill was -5 F with snow flurries and a black ice notice issued by NWS. Mom’s PCP annual physical today. All labs and tests normal with the exception of her triglycerides were high. We were told this can happen easy in a dialysis patient as some of the items you need to eat for dialysis can cause this to go up and is a fine balancing act in some people.  She is set up for a Mammogram on Thursday. I did have to cry last night about the thought of losing this site but I do understand that Denise has to do what is best for her as she needs to take care of herself first as she would be telling us.

Wednesday: On waking up air temp was 15 F and wind chill was 4 F. Dialysis today. Mom had a rough day on dialysis today and are going to have to have a talk with the nephrologist as the nurse that is on would not allow mom to use the hot packs on her legs and they got cold so she had cramping.  Our local drive-in (Rudy’s) opened today for the season. We had to go get some home brewed root beer today.

Thursday: The fireworks of joy are going off that we will continue and that our beloved Denise is taking care of herself as well! On waking up the air temp was 38 F with a wind chill of 30 F and light rain and dense fog. Mom has her mammogram today. I have a webinar today “America's PrepareAthon!” put on by FEMA that is to give ideas on preparing for disaster emergencies.

Larry,\r\n What a saint you are!\r\nWhat the other caregiver did was horrible. I have very little respect for people that neglect disabled people. \r\nkudos to you and your mom and friend are SOOOO lucky to have you!\r\nMaria

Oh Larry! You are such a hero for your friend! I can imagine how crazy it makes you feel when you find other workers who give care not doing their job! You are a great advocate for your mom and those around you, I think you deserve another root beer!!

Oh, gosh, I could go for a root beer to celebrate. :)\r\n\r\nI will write more later (the situation at your friend's is appalling) but wanted to send my thanks for all your support and help. It's been a trying few days, to be sure. It's nice to be on the other side and so glad you are by my side. \r\n\r\nWoohoo!