VENT SESSION!!! ENTER AT OWN RISK

VENT SESSION!!! ENTER AT OWN RISK 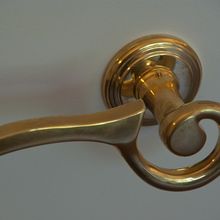 I don't get angry very often but I am finding myself wanting to strangle Mom's VA "doctor," the one who refused her pain medication after her surgery.

Well, I had called to see if we could get her admitted to the hospital to remove the stent and run the gamut of tests they need to do on her. I spoke with the "doctor's" nurse who thought it was a brilliant idea, except he is no longer the "doctor's" nurse, there is a new nurse (I think maybe no one wants to work with her; I wonder why). The new nurse called back and I explained the situation and the idea, she said she would pass it on to the "doctor".

She called back yesterday and said that the "doctor" would not approve her to go into the hospital until we come in for an appointment because she hasn't "seen" Mom in a while (she isn't considering the numerous doctors who HAVE seen her in the past 20 days). I explained that it is very difficult to get her into an appointment, and for the care and well being of her patient, would she please just allow us to go to the hospital in order to be "seen".  The answer is a flat out "NO".

It really annoys me when people let standard operating procedures overrule the best care for their patients! She has a HUGE chip on her shoulder, and if we don't play by her rules, at the exact moment she wants to play, then she will make us suffer! Hence the desire to strangle her just a little, until some sense returns to her brain!

So, I decided to see if we could work around her "doctor" and so I called her surgeon to see if we could set up a time in the hospital to remove the stent. The receptionist said that first we have to come into their office (1 1/2 hrs away) so that he can look at her chart and then set up a time with the Operating Room to remove the stent. I explained the situation including that we live so far away and there is no way we can drive there just for him to say come back in a week. It is silly! She said that is how their office operates. I asked if she would ask the doctor if he could make an exception, she wouldn't even ask him! He knows about RSD and the difficulties! I asked if she would ask the doctor to call me. Another "NO". What is a person to do!  We can't leave the stent in, it has to be removed. Mom is not well enough to travel 3-plus hours just to have them schedule another appointment and have to do it again a few days later! Why must everything be a fight?

On another subject Mom and I have decided to just go ahead and restart her detox program, so we started that again this morning. As if things weren't rough enough, we are going to make them worse by cutting out more pain meds, but we have to since right after surgery we got another letter saying worker's comp is reevaluating whether Mom needs any medication at all. They do this every few years--cut off all her meds out of the blue--just because they are nice like that. So we are kind of forced to get off all pain medications anyway.

I have counted out every pill to ensure that we can slowly wean her off of everything. Praise the Lord  we have enough! I will be glad when pencil pushers at worker's comp can't control us by taking away her meds and making her stress and suffer terribly at their whim. It is very cruel and inhumane but that is how things are anymore.

Sanctity of life doesn't seem to matter as much anymore, it all boils down to dollars and cents. It is disgusting in my humble opinion! We as a society and community should seek to shelter and care for those who can't care for themselves. We should desire to help them live as full a life as possible, ease their pain and discomfort to the best of our ability, go out of our way to make sure they are tended to properly. They are the most vulnerable of us all, we shouldn't abuse them or cause them additional grief!

Well my venting session is over, my blood isn't boiling anymore. I am sorry if this is angry but I am angry (and I don't like being angry!) and I just want to care for Mom the best that I can! Hard to do when both hands are tied behind my back. I am hog tied and gagged and blindfolded. Maybe I am asking too much for people to bend for us, I don't know. What I do know is when I was working at the vet clinic we had some patients and clients who just could not make it in to the office for routine visits. Our doctors were always willing to work with them, and many times we would go to their homes to help the animals, many times when a dog was just too sick to come in to be put down, we would go to them. Anything to ease the suffering of the animal and the client. Why are we kinder to animals than to people? Don't get me wrong, we need to be kind and compassionate to both, but it seems this day and age, animals sometimes get better treatment than humans.