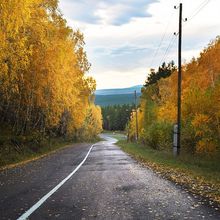 This weekend, I took my mother to visit her twin (and last living) brother. I had been in negotiations with one of my cousins for a couple of months. Mom's brother is also having some symptoms of dementia, and when I called his daughter to compare notes, we decided it would be good to get them together. First she was going to drive him here, but then we ended up going there. We stayed with my uncle's son, who was paralyzed in an accident six years ago.

After his accident, he went through three years of pretty heavy depression, and he and his wife got divorced. Now his parents are his primary caregivers. They remodeled his house while he was in the hospital, and they buy his groceries, go with him to doctor appointments, and just spend time. My uncle sleeps at my cousin's house three times a week. His wife talked about how much all their lives had changed, and how many dreams they had to give up for their retirement years.

It was a cozy, intimate visit, just what I had hoped for. More cousins came over for dinner last night, but most of the time, it was just the five of us, hanging out in the house.

I couldn't detect my uncle's dementia, though his wife made quite a few references to it. I was much more aware of Mom's, but I don't know if it was as obvious to them. They mostly talked about their shared past, things that happened a long time ago. Those memories are still solid and reliable. But I had to remind her about her medications, where the bathroom was located, what day it was, that sort of thing.

Mom was so tired today - I don't think I saw her smile all day. The ride home was so long with lots of stop and go traffic when we hit the big interstate. It was a little over three hours going, but closer to four hours coming back.

When we got home, I got her settled, unpacked her meds, and went upstairs to crash. My son came running to greet me, which was awesome, and then he reminded me that his band concert was tonight! In an hour! So I didn't get the long nap I had hoped for, but a long shower gave me the energy to get through the evening.

When we got home, I checked in with Mom, played her a recording of one of the songs the band played and made sure she was okay. She was dozing next to a glass of wine and was still feeling exhausted. She was looking forward to sleeping in her own bed. It was so hard on her, I wondered if it had been worth it, but she assured me it had been.

Thank you both. :-) Mom is feeling much better today - she was smiling again. My son plays the saxophone in the 6th grade band.

Hi--These kinds of visits are so important--both of you. Your memories of the visit will be quite comforting to you in the future. \r\n\r\nI so love reading about your family, LM. You all seem to be such caring, kind people. \r\n\r\nHow was the band concert? What instrument does your son play?\r\n\r\nAnd, how was your mom feeling today?

Thanks for sharing these days with us. It is always good to hear when caregiving works. If she says it was worth all the disruption of the normal routine, then you have to believe her and give yourself credit for making it happen for your family.