Voice From the Edge: The Great Spare Tire Debacle

Voice From the Edge: The Great Spare Tire Debacle

0
Let me begin with the end of the story: Even though I have had off from work the last two days, I have not written one word on my novel, gotten my nails done, or indulged in other activities I would have chosen to pursue. I have, however, visited every junk yard within a three mile radius, learned that the type of tire known as a "donut" costs more than an actual tire, and realized that the advertising phrase, "Used tires sold here" is a misnomer for "Let's see how much we can charge you." 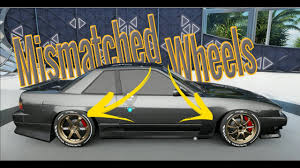 Back to the beginning. On Tuesday, May 21, Allen had a flat tire. He was able to fix it himself --Hallelujah!--using a spare he had in the trunk. A spare, it turns out, he probably picked up from the side of the road. This, of course, left him without a spare. "But don't worry, Mom," said my ASD son, "I have the rim and another tire." That comment was followed by two days of banging, hollering, slamming, and a self-calming pattern known as "vocal stimming".  Which sounds a lot like King Kong after he was shot off the Empire State Building.  After two days of this, I offered to Allen the suggestion that perhaps we needed to take both tire and rim to a repair shop. This was at first met with "I know what I am doing" and became "If you want."

I wanted. Since we were on our way to Save A Lot for marketing anyway, we stopped at Goodyear We were told to bring the tire and the rim in on Monday. Yes, they were open Memorial Day. Problem solved.

Nope. But at least the King Kong  noise was silent over the holiday weekend. On Monday we arrived at Goodyear, rim and tire in hand, and were told that it was the wrong size tire for the rim. The kind suggestion was made that we visit a junkyard for a tire. I pointed out to Allen that it was Memorial Day and the junk yards were probably closed. You know, because of the holiday? He pointed out to me that junk yard were not patriotic and did not observe national holidays. We drove by five. All closed. Because, you know, of the holiday.

Before I left for school on Tuesday, I told Allen to visit some of those patriotic junk yards while I was at work. He, however, chose to sleep all day. But when I got home around 4:30,  he suggested we go to Three J's Tires in Aston because they advertised "Used Tires." I asked when they closed. He said 8. He was wrong. They closed at 5."Then it should say that on the web site," said Allen. I declined to respond. Allen spent the evening looking at tires on line. Because that's a good thing to do.

Since I was off on Thursday for Ascension Day, that became our day to find a spare tire. Our first stop was back to Three J's where we were told the rim Allen had in hand was for a donut. And a donut costs $125. "But if all you want is a spare, " said the very nice clerk, "try a junk yard." Luckily we knew were there were five. None of which had a spare tire for a Honda Accord. Finally, the guy at Lou's suggested Hub Cap Jack. Who doesn't, by the way, sell used tires anymore but offered to order us a brand spanking new one for $180. Rim and service not included.

Whilst driving around with Allen--an adventure best described as Mr. Toad's Wild Ride--I noticed that the four tires on his car resembled a game of "which one of these is not like the other." I also realized that every employee at every place we had been had given us a different number for the tire size. I mentioned as much to Allen. Who told me that Honda had told him the size of the tire did not matter.

Well, I don't know who these people at Honda are, but I do know when I've had enough. I told Allen we were just going up to Sunoco, where they know us, and see if they could help us out. It turns out--no surprise to me--that Allen has a mismash of tires on his car, only two of which are the right size. But, not to fear, for $300 they could put on the right radials on the right rims, balance them, and make them all match, alleviating at least some of the "Wild Ride" charm of Allen's car. And at that point, I was happy to agree. I mentioned to Tony, the owner, that I appreciate his help with all things car-related since I have a disabled husband and an autistic son. He smiled and said, "We do what we can."

Story of my life. He did, however, offer to make me a cup of tea and buy me a doughnut. The bakery kind.

And I  haven't yet found a way to tell him he still needs a spare tire.

I enjoyed reading your post of the wild ride and the tires...what an adventure. And he still needs a spare! It really was a debacle.