Vote in our Caregiving Voice Contest

Vote in our Caregiving Voice Contest 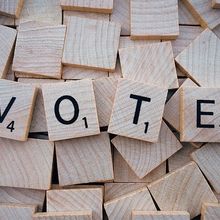 You're choosing our closing act at our Second Annual National Caregiving Conference, which happens on November 10 and 11 at the Chicago Marriott O'Hare, 8535 W. Higgins in Chicago.

Cast your vote for one of these performers at the bottom of this post. Voting ends at Midnight ET on May 11. We'll announce our winner on May 12.

Meet Diane
I care for my mother with Lewy Body Dementia. She is currently bed ridden and non verbal. I made a CD of me singing some favorite songs and she listens to it all the time. I also like to sit with her on the edge of the bed and sing to her. Singing is my passion, and I believe that music heals, even if it is only the mind and soul.

I wanted to add pictures to this you tube video but I just couldn't get everything to work together. If chosen for the closing number, I would like to get pictures of other carees and their caregivers to be featured during this song.

I chose this because it speaks to my heart like the words were coming directly from our carees.

Meet April
A little over two years ago on Christmas Eve, my mom’s 77 year old sister (my aunt) got up, went outside, walked down the front steps, picked up her newspaper, turned to go back up the stairs and fell. The result? A broken ankle, a deep gash over her eye and the end of life as she’d known it for the 45 years.

That moment of that day also ended life as her husband, my mom, and I had known it. My aunt and 78-year-old uncle, who was suffering from Alzheimer’s disease, could no longer live independently in their home. They lived in a split-level house that was hard on my aunt’s knees even before she fell and the daily demands of caring for a husband with Alzheimer’s were becoming way too much for her to bear alone. They had no children and their closest friends were dealing with dementia and other challenges of their own. The two of them were alone and close to 1,000 miles from family.

We had no choice, but to act and act fast. My mom and I left Raleigh, NC and flew to Kirkwood, MO the day after Christmas. We assessed the situation and knew we had to get them to a safe place and surround them with support. My aunt agreed that she’d rather be near us than move to an assisted living facility in Kirkwood. Within a five-day period, I obtained Durable Power of Attorney, Healthcare Power of Attorney, listed their home, sold their cars and began the process of figuring out their financial situation while my mom and sister coordinated finding a temporary apartment in Raleigh for them. In retrospect, I’m completely amazed at how smooth everything fell into place. Don’t get me wrong. It was absolutely one of the most stressful and difficult things they or we had ever experienced, but the mere fact that we had accomplished in days what can sometimes take months was nothing short of a miracle.

At one point in the process, I glanced over at my aunt and saw her sitting with tears in her eyes. Her life’s possessions were being sorted through and packed up in front of her. Neighborhood college kids were hauling loads of what we identified as ‘trash’ to the dumpster in her driveway. Everything she’d ever known was somehow not really hers anymore. The worst part was my uncle sat oblivious, starting at the TV.

Shortly after returning home, I picked up the guitar and wrote the song, Lullaby. Memories of my aunt caring for me as a child flooded my mind and now it was my turn to return the favor. Aging is not for the faint of heart. It takes courage to face the later years of life and the gradual or in many cases, sudden, loss of independence. And it takes courage to stand up and walk beside someone in that stage of life. Remember, as bossy or stubborn as an older loved one can sometimes be, it’s just because they’re facing deep, deep losses that we’ve yet to face.

As I write this, I’m sitting next to my aunt in the apartment she now lives in near my home. My uncle died suddenly of a heart attack three months after the move so she’s on her own now. All is well, for now. She’s snoozing while reading her paper.

Have you had to care for an aging parent or other adult loved one? Music is one of the biggest ways I manage the stress that comes with caregiving. Find out more about my music journey at www.aprilkmusic.com. Find out about my quest to help women with the unique challenges of being a daughter and caregiver @ www.daughtersunite.com. (Note: Sons are welcome, too!)

Meet Dan
My father-in-law was ill and not doing well after breaking his hip then his leg. We live in New Orleans and he was in Florida. My wife and I drove to Florida to help out. We didn't realize at the time how dire the situation was. We returned only to find out he then had pneumonia and was dying. We flew back and spent the entire month of August taking care of him. We took him out to some stores, restaurants and even a Dairy Queen. He had not been out of the house in a long while and was enjoying it. What he seemed to enjoy most was some home cooking from New Orleans -his old haunt. I could never have imagined the work involved being a caregiver. I don't think anyone could unless they experience it first hand. He passed away peacefully at the end of August. It was both a difficult thing to be a part of but also uplifting as I think I helped make his final days happy ones.

We are so very grateful for the support of the following sponsor of our National Caregiving Conference:

Visit Lilly for Better Health® for resources, recipes and tips.

The first song was just lovely. The second song reminds me of tucking my own mom in each night. \r\nThe last song brought me to tears. (as I type with a lump still in my throat)

Congrats to Dan, who won! Look for an email from me.

I agree, they were all wonderful. It was a tough choice.