Waiting for Gilligan: Part One

Waiting for Gilligan: Part One 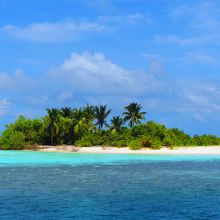 We are at Hahnemann Hospital in Philadelphia for the second day of Ron’s ketamine infusions and I am pretty much done the school work I have brought for the 5 hour wait. Now I am reading, knitting, and writing. The knitting is a shawl begun last week at Bethany beach and is almost finished, the book is Marian Cohen’s Dirty Details, and the writing is this, my ever-present journal which sometimes transfers to my blog but may just as often stay trapped inside the paper covers. An orange “CRPS” awareness bracelet –a gift from Danielle’s mother this morning—is on my right wrist. I read some of Dani’s blog last night, a cheerful account of her own battle with complex regional pain syndrome. When I saw Dani yesterday, after her treatment, she was not so cheerful but was in intense pain. On the way up in the elevator this morning, Dani’s mother commented, “It is so hard to have an ill child.” I nodded in agreement, knowing that having an ill spouse is no picnic either. As we exited the elevator and steered our patients towards the infusion room, she asked me, “What do people do who have no caregivers?”

I do know that I am, in this waiting room off of Broad Street, finding other Well Spouses—or well parents—and benefiting from the common experiences. Despite whatever initial event –accident, surgery, stroke—brought them to this place, we all share a hard-won knowledge: no one is coming to rescue us.

Most of us felt, in the early days of our journey as well spouses or care-givers, that surely this could not now be our lives! It had to be a cruel joke, this sudden thrust of total responsibility for another’s care and feeding. Far different than suddenly being sent home with a new baby to cuddle, the people we came home from hospitals with were ill, sullen, demanding, and messy. There were no cute smiles or gurgles, no playing “this little piggy” with feet often too painful to wear shoes, no welcoming gifts in pink or blue paper.

“This cannot be it!” we all thought. “Surely we will get help. Surely the—fill in the blank here with universe, God, government, hospital, the good people at State Farm—will not allow this sorry condition to continue.” So, at the beginning, we fulfilled our given roles as caregivers as cheerfully as we could, convinced it would be temporary. We would, sooner or later, be rescued. Like those castaways on Gilligan’s Island, we lived in hope.

It was not so bad in the early stages. We got some help from friends and neighbors, people at work or at church. They would stop by now and again, bringing a hot meal or offering to do a load of laundry. It is what I came to think of as the “novelty phase.” Just as new grandmas are eager to help out the exhausted new mother, people came.

But a chronic illness does not go away. The well-meaning, good people with casserole dishes go back to their own lives. “Call if you need help,” they say in parting. And we caregivers nod, knowing that we will never make the call. There will be no rescue.

Cohen, in Dirty Details, admits to having tantrums when she realized that rescue would never come. My method of dealing with it all was different: I accepted every burden, every messy task, every indignity as my due. Retribution, perhaps, for some forgotten sin. I suffered for years in a strained silence, waiting for rescue, praying for rescue, but never asking.

I would pass fellow teachers in the hallway and wonder why they did not see my Well Spouse status and offer me—I don’t know—an out? An arm? A prayer? Something. Anything.

But Well Spouses have what Cohen calls an “invisible disability.” When we are with our Ill Spouses, helping them negotiate walkers down hallways, someone will open a door or offer to carry a bag. But without our Ill Spouses by our sides, no one can see our disability. We are still disabled, still working too many hours to support a family that used to have two incomes, still going home to cook dinner and change the catheter bag, relieve the day nurse, run the vacuum cleaner, make a meal our Ill Spouses can digest, run endless loads of smelly laundry, then collapse into a boneless heap after our Ill Spouses are settled for the night, knowing that a solid night’s uninterrupted sleep is a myth.

If only, as Cohen states, the would-be rescuers would not wait to be called but would offer substantive help, such as, “I’m coming over on Thursday night to watch the game with Ron, so take the evening off”, or “I’m headed to the market on Monday. Give me your list”, or “I made two roasts last night and I am dropping one off.”

Some of these things have happened from time to time and I have been grateful. I do not mean to complain. But my Ill Spouse’s problem is not an appendectomy that will be healed. Ron is, like so many, chronically ill and has been for fourteen years. We deal with the after-effects of the accident—TBI, CRPS, COPD, atonic bladder, depression—on a daily basis. We have come to accept them as members of the family, here to stay.

Here is where I, along with Cohen, make the impossible wish; all of you who are friends of the long-suffering Well Spouse or Well Parent need to get together and work it out. Not a once a year benefit to pay for out-of-pocket medical expenses—although it would be nice if even one of Ron’s $225 ketamine treatments could be covered—but on a permanent basis. Offer, say, to do the marketing once a month or clean my house every second Tuesday or visit Ron during the World Series. Take my Ill Spouse to the barber every six weeks or maybe buy us dinner on a day with an “e” in its name. Anything, as long as it is consistent and done willingly—not out of guilt—without waiting for the Well Spouse to pick up the phone.

Because a woman or man who works sixty hours a week at three jobs, who spends  evenings doing housework and laundry and caring for the Ill Spouse, who tries to squeeze in some church ministry, who can only do any writing before the sun rises, is not going to pick up the phone and call you. There is just no time.

So, like those castaways on Gilligan’s Island, we know there will be no rescue. But we continue to look for that search plane in the sky, the one that will finally and forever take us off the Island of the Well Spouse.

I find that everyone will say \"Why didn't you call me?\" That would imply that 1) there was time to do so, or 2) I was in my right mind and could...Neither of which I find is a true statement.