We Reap What We Sow

We Reap What We Sow 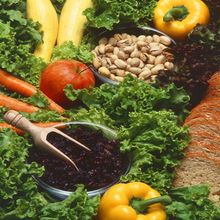 My husband has always enjoyed planting a garden. Every year he tills, plants, tends and reaps an organic bounty of fruits and vegetables.

He used to plant in spring and fall and we enjoyed veggies until the worst of winter. He would proudly come in with a huge cucumber or zucchini and swear it was not there yesterday. We would laugh and say, "Sure, Rod, it wasn't there yesterday. That giant just grew overnight."

Over the past few years his garden got smaller. I just thought he was getting older and hated tilling and bending. This year he did not plant a fall garden. He did not bring in all the tomatoes or peppers, I thought we just had a lower yield. The garden got smaller.

It is one of the things that made me put the pieces together to suspect his upcoming diagnosis of bvFTD. Losing interest in something he loved.

That is what happened to us, as well. This bvFTD makes people lose emotion. They become apathetic. My husband has done some of the most romantic things for me in the past. Here is just one example: For our 10th anniversary he said, "Let's go ride the train up in Blueridge." I love to ride in the open car on that little trip, so I said, oh, great idea and we can stop for dinner on the way back. Well, our anniversary is April 19, and that year it was COLD on April 19. We bundled up in our coats, took blankets and braved the outdoor car. It started to snow as we pulled out of the station. When we got to the station where you turn around and go back, it was full out snowing. We got off to find a cup of coffee (I thought). As we walked into the outdoor depot, I saw this table all set and I thought, those poor people think someone is going to sit there and eat? Well, they came up to me and said, "Mrs. Hall?" I said, "Yes, I am Mrs. Hall," wondering what the heck they wanted. Well, my husband had arranged a whole luncheon of shrimp, fruit, cheese, wine. All decked out on linen with real plates and silver and candles. They even had a heater tucked under the table to keep us warm. He called all over the little town to find someone willing to put on this spred to surprise me. It was magical.

Last week was my son's second wedding anniversary. He took his bride back to where they were married for the weekend. He bought a personalized bottle of champagne and one of wine. They were inscribed with words like I fall in love with you again every day and I do, forever and their anniversary date on them. He also bought her the same flowers that were in her bridal bouquet. Her mother commented to me how wonderful he was and how I had taught him so well. I said, that did not come from me, it came from Rod (his stepfather). He learned those lovingly planned surprises from my husband.

The last time I got one of them from my husband was four years ago this Christmas. The same time I started to notice changes in his behavior that I put off to all sorts of things, stress, work, and a thousand other things. I am glad that my daughter-in-law is reaping what Rod has sown. A loving, caring spirit to surprise someone they love with a cherished memory that makes women elbow their husbands and say, pay attention, look what he did for her. Rod still has a bountiful garden.

Thanks, Sharon, for sharing this beautiful story. I can't begin to imagine the feelings of loss you must have about your husband and your life together. It is amazing that you have the perspective to see his presence in your son, and I hope it continues to bring you comfort and hope every day.

Oh, Sharon, I just love this post.\r\n\r\nI love how you move from what you've lost to truly embracing what you can see growing. The legacy your husband planted will bloom and bloom and bloom. And, who knows who will be touched by one of the blooms.

Thanks, Sally! We will be gone week of Thanksgiving, so see you when I get back!