The Weight of “Should” on a Caregiver

The Weight of “Should” on a Caregiver

The initial shock of my husband’s stage IV, metastatic cancer diagnosis did not last long before we started enacting the hope-for-the-best-and-prepare-for-the-worst guidance that he, as a palliative care physician, had offered thousands of patients and families over the years. Don’t get me wrong: There is no insider track on skipping the anticipatory grief, the why-us, ugly cries, and the fearful devastation of such news merely because you have been on the other side, delivering it, for decades. As a palliative care physician, Bob helped patients and their families live fully with life-limiting diagnoses and prepare for death. He would always say, “I have seen death thousands of times, it is peaceful. The patient is going to be fine; it’s the family you worry about, they have to go on.” Thus, we proceeded with the hopeful pursuit of a targeted therapy that would mean a cure, and we began preparing for the end of his life as well as my survivorship. 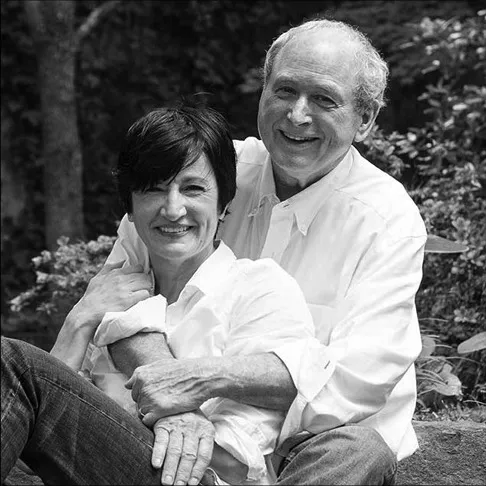 When I mentioned that we had started talking about these end-of-life preparations to a close, well-meaning friend, he reacted, “You should focus on finding a cure!” I bristled and responded, “We are doing that and we are preparing.”

Should is not a word of an open heart. I read that somewhere about 30 years ago, long before I was a caregiver. It rang true then and has stayed with me. In fact, “should” may be the single worst word you can say to a caregiver. Should is judgement rather than mercy or curiosity. Should is a finger-wagging scold. At its absolute, benefit-of-the-doubt best, should is tough love. What caregiver needs tough love? Caregivers need supportive love.

“Should” is not even friendly when we say it to ourselves, much less hearing it from someone else. Caregivers already live in a world of inherent and ominous shoulds. That is, we are always thinking: “I should set a timer to remind me when to give the next dose;” “I should get up and...;” and “I should cut this bath short to check on…” If we find ourselves asking, “Should I be preparing myself for...?” we already know the answer. We don’t need our friends and relations to layer on more “shoulds.”

The only people who can get away with saying “should” to a caregiver are doctors, nurses, and other advisors. The thing is, the most effective advisors don’t use the word, they simply convince us of the importance and value in doing something rather than resorting to “shoulding.” Personally, I would rather be told to piss off than that I “should” something. Instead, just give caregivers a straight up directive, “Do…!” is so much better than adding a layer of guilt, obligation, and your own superiority with, “You should….”

“Should” is not a particularly effective word for a caregiver to use with a care recipient. Occasionally, too exhausted for wordsmithing, I know I used the word should with Bob. If I could think of no other way to say it, I would pose it as a question like, “Should we finalize your advance healthcare directives?” At least that way it was his decision rather than an onus-laden directive from me.

For caregivers, should is the equivalent of another word that begins with “sh” and is four letters in length. In fact, a therapist friend of mine says, “Stop shoulding on yourself.” I did consider titling this essay, “A Pile of Should,” “A Should Load,” or just, “Bullshould,” but I didn’t think anyone would read it. Let’s just agree to put a moratorium on “should” and ask all of our friends and relations to do the same. It will help; I “should” you not.

Jennifer O’Brien, MSOD is the author of Nautilus award-winner, "The Hospice Doctor’s Widow: A Journal," an art journal filled with beauty, practical insights, humor, and heart. Since releasing the book a year ago, she has created the At Peace Tool Kit a complimentary downloadable guide that could save your life and will help you live and love more fully by being at peace with end of life.