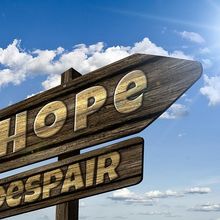 It's  funny. I used to be a sports announcer and writer for a local radio station and newspaper but  I never embraced the blogsphere. I've read them but post my thoughts in one, you have to be crazy.

Well, here it goes. Let's see if I can do this.

My name is Jamie. I am a caregiver for my wife Valerie and we live in Plano, Illinois. Valerie and I will be married for 13 years on April 20th.

Val has been sick for the last seven years. I don't think this site has enough bandwith for me to discuss all of her health problems. I will focus on her current problem.

A couple years ago, Val had a punch biopsy done to see if she had hydrinitis. Since those biopsies, the holes that the doctor punched have not healing. They open and close but never completely heal which causes Val to get sick and have to be hospitalized

Val was battling her latest infection when my employer decided to terminate my health insurance on January 1st 2015. I was forced to buy new insurance. The new policy that I bought didn't kick in until 02/01.

The other downside of the new policy was Val and I had to give up the doctors we worked with for the last seven years. That really sucked because we loved all of our doctors.

Val went and saw her new primary care doctor on February 13. The doctor found that Val's infection had spread and the doctor made arrangements to have her direct admitted to Rush-Copley Hospital in Aurora, Illinois.

The nurses and doctors were great. They got Val stabilized and transferred her to RML Speciality Hospital in Hinsdale, Illinois.

RML is a place that specializes in wound care and infections among other things. Val has also been a patient there before.

We were told that Val would be at RML at least a month and then probably on to a facility in Chicago for surgery.

Since being at RML, Val's numbers have started to come down. But for some reason, her liver numbers are still up. The doctors aren't sure why and are going to do a liver biopsy just to be safe.

People ask me how I am able to deal with everything that is going on with my wife. It's simple, it's my faith in God.

There was a time when we didn't know what was wrong with Val. Some of the best doctors couldn't explain why she was sick.

One day at work, a friend of mine suggested that I go back to church. I was born and raised a Catholic. For some reason, I don't know why, I was never comfortable at the Catholic Church.

This was almost three years ago and we were living in Naperville at the time. I got online and googled "Non-denominational churches in Naperville, Illinois." On of the first results was a church called Harvest Bible Chapel in Naperville. That reminded of the church that Val and I used to pass on I-88 when I was taking her to her doctors appointments in Chicago.

I started attending service there and loved it. I became a Christian in October of 2012 and Val and I got baptized on our anniversary in 2013.

Since I became a Christian, God has given us so many answers to Val's health issues and I know that he will heal Valerie.

I'm also reminded of what the apostle Paul says to the Phillipians. He wrote: "I can do all things through Christ who strengthens me."

Keep also in mind in Proverbs 3:5-6 it says "Trust the Lord with all your heart. Lean not on your own understanding and in all ways acknowledge him and he will make your paths straight."

What a wonderful introduction! Thank you Jamie for sharing your story. I can't imagine caregiving without my faith and trust in the Lord. While I have many good friends who are like family in my church, there are very few who really take the time to check in with me on my caregiving status. I make it a point to regularly meet with those I know who are caregiving, within my church body and others who are elsewhere, just a chat over coffee. It is difficult to open up to those who are not or have not been in caregiving situations. \r\n\r\nElly and I spent months regularly seeing a wound care specialist last year and I learned so much! I loved the way the nurses encouraged me to learn how and what to use on Elly's poor legs. We are slipping into the danger zone again and may have to start up those visits after a referral is done. Does Val still have wounds that you need to treat? Are there bandages that work well for her?

Jamie,\r\n I agree with you that without having a faith in God I could never have gotten though all that I have been through.\r\nGod Bless,\r\nMaria

Yeah...Harvest Bible Chapel is all over the world. The origional church is in Rolling Meadows. Our pastor worked for the pastor that started Harvest. We we the first Harvest church plant.

Jamie!!! You did it! Congratulations!!! Thank you for sharing. I will continue to pray for you and Val. I wish the best for you two!