What a Mell Of A Hess!

What a Mell Of A Hess! 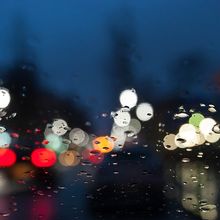 Foregoing the 10 days of extreme throwing up and coughing and two rescue squad trips to the local ER for fluids and such and the next night's fast trip (did you know that going really fast with my blinkers on still did not put me passing the faster cars. Shocked!) to the ER in another town ending in a hospitalization that lasted almost a week and a transfer to a local nursing/rehab facility for at least 28 days of fun and pleasure for my extremely exhausted and not doing so well hubby...foregoing all of that...we will skip to or land plop in the middle of the pile of reindeer poop I found myself in for the past six days culminating in today which proved to be the creme de la creme of it all.

When Robert was transported to the nursing home I closed up shop at my dear friend's house and came home to begin clearing the detritus of days of caregiving, throwing up, incontinence even when dehydrated (still have not figured that one out), cats clamoring for attention and full of curiosity at every step I took as I am certain the smells of such a variety of places were intoxicating to their way of thinking. It was a dark and stormy night, honest, not to quote the standard line of beginning writers. It was dark, cold, pouring down rain and I was pegged at about 60 miles over the exhaustion limit with 33 miles to drive and the nagging thought that I did not know where I put my phone. I stopped on the way home and searched all my bags. Remember the "all" word as it plays a significant role in my story.

I believed my phone was at my friend's house but, when contacted by a friend of mine, she said she did not have the phone and thought I put in in a bag of mine. Well, I thought that was wrong so, next day, I went with a friend and my handy finder fob to beep that phone out of my friend's house. There was no return beep. Full of nagging doubts and certain my phone would be found behind a bed or under a sofa one day long into the future I returned the 30 plus miles, one more time, to home. I needed a phone so I bought the cheapest straighttalk flip phone I could buy and I set it up and kept my number and every other call I made the person on the other end of the line said my voice was muffled and they could not understand me. I did the classic "can you hear me now?" and more often than not, hung up in frustration. I began using Facebook messenger and I began to notice that silence where a phone once held court was awkward yet calming. I went back into my bedroom and zipped open the briefcase with our medications and there among all the drugs (how apropos) was my lost now found phone. Oh joy! Oh crap! I had moved the number to the wee, cheap little phone. I went to bed.

The next day I began to screw up in every phone direction I could turn. I disabled the cheap little phone, bought a plan and a sim card for the precious phone and punched the sim card out wrong. Never mind, I thought to myself, I will simply press one part into the other slide it carefully into the sim slot and voila! I will win the day. I almost won the day. My phone pretended to be on but it was not on or even a little bit on. It was error code wrong. I went to bed.

Next day I chatted online with a straight talk agent who told me, excuse the phrase and not his exact words, that I had screwed the pooch and needed a new sim card and he would send it out and I would get it in 2 to 5 working days. The alternative was to go buy another $50 plan with sim. I ordered the free sim and waiting, humm-mm, twelve or thirteen hours before going and buying a kit.

This brings me squarely into today and then some. I will post a lovely and touching blog I wrote during the night and it is just that but in no way prepared me for this day when I will give in the possible order they happened and beginning in what you would call the night: the internet went down but I did not have a phone to call and check on status so after much scrambling around, rebooting, shutting down, clicking on roku and my laptop over and over as if some miracle would zap them on, I got into my car and went less than a mile at 1:20 a.m. to the local McDonalds, borrowed the use of a phone and found out there was a scheduled maintenance in my area, bought a burger for their kindness and went to walk-mart because, well who doesn't go to wal-mart when they are so close and open and no one is around and went home and wrote the tender blog and went to bed for three hours which turned into five, got dressed, put on make-up (yeah, I was serious), went to pick up lunch to go, spilled some on my clean blouse and went to see my husband.

My husband was lying in his bed with red sauce in his beard stubble and trying to find his butt with both his ....no....no.....he was looking for the bed controls and I found them and then lowered the bed for him, cleaned his beard stubble, asked about physical therapy which he described to me in no glowing terms and said he had finished for the day when in walks the physical therapist to take him to physical therapy. Well, knock me over with a feather, he had done upper body. Now it was time for lower body and I decided it was time to go because this physical therapist was handling him in a non-productive way but was determined so I saved that convo for tomorrow and went and bought that new phone plan I was talking about and went to the local library and got help installing the sim card and my phone sprang to life.

I put the peddle to the metal to make a 4 p.m. doctor's visit cause this crud is not going away and I have surgery coming up and I got a shot of antibiotics and a shot of steroids, called my grandson for dinner, called my husband repeatedly with no answer, had someone for the 38th or 10th time tell me my left headlight was out, went to have the light put in and began having an allergic reaction to the steroid which was fortunate because the autozone guy was an employee there and an emt also. He looked at me and said if it got worse to go to the er because I was turning red and starting to itch  all over. I got in my car and the check engine light came on and the headlight (new one) did not work so I went in and the autozone guy said I needed a mechanic for the light, the check engine light would go out and be careful to pay attention to the itching and don't die and stuff pertinent on a sane night. The time with my grandson was, always, a stand out from all else time. No problems. Got home. Opened the door. Three of four cats tried to escape. One managed to escape. The internet was still out and the critters were hungry. I tried to let the outside kitty in but he ran as if the door were a cat killing machine. I threw food in the kitty bowls. I did the this to the that and unplugged the who-ya from the flivver fidget and plugged them all back in after 20 blisteringly fast seconds and the internet worked and I opened the door and the cat came in and I'm calling it a win, y'all.

I am calling it a win.