What Are You Telling Yourself It Means?

What Are You Telling Yourself It Means? 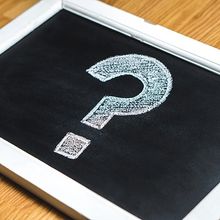 Lately I have been listening to a lot of podcasts, and I've learned something lately that has been helping. When I'm going through something difficult, I ask myself, "What am I telling myself that ____ means?"

When Emanuel was admitted to the hospital I could feel myself going into an emotional spiral. I was crashing hard and I felt fear starting to creep in on me. I knew being fearful was not going to help but its been my go to move.

First I would be anxious, not get enough sleep, become fearful, and live in a fearful space during the entire ordeal. Sometimes the fear would be so bad I felt like I couldn't breathe.

This time I decided I would try something different. I knew my old standby (fear) would be there if what I tried didn't work and I had nothing to lose.

I decided to think differently.

I continued with "We will be fearful when we have something to be fearful about," "We are worrying about what could happen and nothing has happened yet."

When my heart rate normalized, I asked myself, "What are you telling yourself that this means" I must be telling myself something dreadful to have such a negative reaction. What if I told myself that the worse was behind us? What if I just believed that this ER visit saved his arm and possibly saved his life? I have the power to change the narrative. I have the ability to think something else instead.

I took another slow deep breath.

I decided to think on purpose about positive things. I didn't repress my emotions because that's never a good idea. Instead I acknowledged that what I was going through sucked. I hated the ER, I wanted to go home...all true. However, if I tried, even a little bit, I could find something positive to fill my brain and change the way I was feeling.

A few days later when Emanuel came home from the hospital we had a conversation. As usual he was concerned about the toll his health had taken on me and my ability to live a full life. He has been on full disability for more than 23 years and in recent years we have seen a noticeable decline. I acknowledged it has not been easy but I am honored to be his wife. I explained the concept of changing the narrative and attaching a different meaning to something we perceive as negative.

I asked my husband, "What if our marriage was about more than just the two of us?" I reminded him that over the last 23 years we have had the opportunity to be an example to many others who are in a similar situation. We have been able to show our children what a marriage looks like when two people are truly committed to one another. They have seen us at our best and at our worst. They have seen their father struggle to walk down the hall of a hospital to share with someone else, the encouragement he has received from others. They have seen him never give up even when the Drs seemed to indicate that he should. Others have witnessed miracles as he was raised up off his hospital bed time and time again. He was diabetic for 33 years and has enjoyed being free from insulin injections for the last 23 years (and counting) because of a pancreas transplant. He was told he wouldn't live to be 20 years old but he turns 62 years old this year. We became homeowners, we have a bunch of kids and grand kids. I have obtained two bachelor degrees, and I invented and reinvented myself several times in my career. I started a small business 11 years ago and I am proud of our 29 years of married life.

Reminding him of this made him smile. He said he never thought of it that way before. I think that's the big takeaway. We can think ourselves to a better state of mind.

I like this practice of just telling myself something else. I am determined to take back control of my brain, and change the narrative; we have nothing to lose and everything to gain.

WOW Theresa...thank you for that. We can be our worse enemies when we speak hopelessness and defeat to ourselves or when we begin to catastrophize situations. Changing the narrative makes all the difference. When we are tired and feel like the weight of the world is upon us, we tend to start sentences with \"I can't...\" yet every day we do and we do it again and again. \r\n\r\nThanks for reminding us how important it is not to submerge ourselves in negative thoughts. There is always a positive to every negative.\r\n\r\n\r\n:-)