What Do You Say in a First Blog Post?

What Do You Say in a First Blog Post? 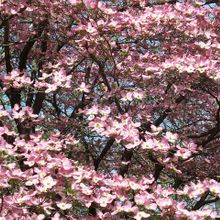 (Editor's Note: Today, we welcome Michael to our blogging team. You can connect with him on his profile page: @outbythesea.)

This is my first post. It's funny sitting down to write. Suddenly, I don't know what to write about so I'll just see where this takes me.

About my partner and I: John and I met the weekend before Thanksgiving 15 years ago at a happy hour in Atlanta. I joke and tell people that he was in my way when I was trying to play pinball. We talked a little bit, traded numbers and went our ways. I liked him and didn't want to seem too eager so I waited about three days to call. When I did, it was his work number and the name didn't match the name on the card. I thought I'd been bamboozled. The voice sounded the same though so eventually I left a message. That was what drew me to him. His voice. So calming and so peaceful. I'd never met anyone like him before.

John is a city boy. A writer from the Midwest. I'm a country boy from the south starting a new career...again. He is black. I am white. He is over educated. I was undereducated. He was perfectly comfortable being gay and I was just coming to terms with it and figuring out who I was. He has always been the yin to my yang. Because of John, I am a better person today than I was when we met.

John is diabetic. The irony in his condition is that he finally had it under control. His A1C # was good and everything was looking good. We knew there was some kidney damage but had hoped that having the diabetes under control would prevent any further deterioration.  Every doctor visit came with reduced function. Finally, in January 2013 we had to go to the ER and the dialysis started immediately.

We started with hemodialysis. Yes, he goes through the treatment but we're a team. You know what I'm talking about. When I say "we" to people who aren't caregivers, they don't get it and they think I'm being a drama queen. So hemo...the doctors were recommending peritoneal dialysis and encouraging us to try to get on the transplant list. John was scared. Too scared to do PD at first so for the first six or seven months we stuck with hemo. We had moved down here from Chicago and only had one car. Three times a week we'd get up at 4 a.m. and trek to the clinic so he could dialyze. I'd take a blanket and pillow and sleep in the car. When he'd finish, he would drive me to work, sometimes so tired that looking back on it I don't know how he did it. I think we started PD in July and it made life so much easier.

Since starting PD, we can do some travel but haven't been too brave about it yet. I have a conference in Washington, D.C., next month and he may join me. It would be our biggest trip since starting dialysis but we're still trying to figure out the logistics. It's one thing to through a bunch of boxes, the machine and supplies in a car and drive four hours. It may be another to try to get all those things to a destination that requires flight. Maybe someone will read this and have some insight. We had a trip to Atlanta last week for a doctor's appointment. We are four hours from our transplant center so we made a weekend of it. It was a near perfect weekend. The dogwoods and azaleas were all in bloom. That's where we find our joys now but we sure miss exploring the restaurants from the Food Network shows. Eating out is almost impossible.

Off now to start my weekend. It's pouring rain here. I sense a bad movie under a blanket tonight.

Michael,\r\n Welcome to Caregiving.com! I love how the two of you met &amp; your story. In some ways my husband &amp; I are are the same ways. He grew up in Wichita in the city but is a farm boy in lots of ways as his family has a farm in western Kansas. I have told him that if wants to retire there I'll see him on the weekends as there is no way I could live on a farm in a small town!\r\nMy Grandfather whose been gone 4 years in June was on a dialysis for the last 5 years of his life. He did PD 3 days a week. \r\nGlad to see you here &amp; I look forward to seeing you again!\r\nMaria

Nice first post.\n\nMy experience is with Hemo-dialysis. For PD and airline travel I would suggest you talk o the staff at the center that oversees your PD as they should have experience with what is needed and can even maybe get you in contact with someone who has traveled that way to talk to.

Hi, Michael...welcome! My husband has been doing peritoneal dialysis for a year now. It has definitely been the right choice for us. I'm glad to hear that it's going well for John, too. I know that travel is certainly possible while on PD. This is one of the advantages of doing this type of dialysis. Our dialysis nurses have always encouraged travel, and have offered to help with arrangements. Because of my husband's other physical limitations, we haven't really ventured very far yet. We were told that if you give the dialysis center a few weeks' notice, you can usually have any necessary supplies shipped to your hotel, a relative’s house, or wherever you intend on staying. This would make your packing so much easier, as well as managing your baggage for flying. Your center should be able to put you in touch with a local center in DC, in case you need anything while you're there. I'm happy to offer any support I can. Have you started the steps toward transplant?