What Is a Weekend?

What Is a Weekend? 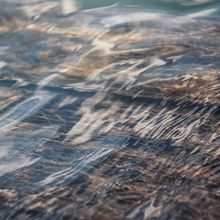 When I left retail, turning down an opportunity to be an assistant manager, to go back into copywriting so I would have regular M-F hours and make more than a department manager (but not as much as an assistant manager) I was looking forward to weekends. Four months later I have to ask: what the hell is a weekend?

Caregiving is 24/7/365. One minute all is calm and the next you're trying to stop something bad from happening or cleaning up something bad that happened. You're leaving gatherings part-way through to dash home and get someone settled before you can go back... maybe go back, most likely not. Got a bit lucky last night and got to go back.

This weekend has been AWFUL. I'm sure it could have been worse and no it isn't exactly over yet as I type this but...

Imagine then, if there had not been an email. On Friday when I got home and noticed the godawful bruising and huge knot on my mother's leg I was freaked out enough - just think how freaked out I would have been if the email had not been sent. I called a couple of nurse friends who advised elevation and ice, which we did.

Then there was Saturday. I left to go and get groceries at 10:00. Returning at 12:00 I find the cereal bowl on the floor and the smell of poo hits me in the face. She's in the bathroom on the toilet but there is poo everywhere. Okay, bad enough but the kicker is there is poo all over her mouth. IN her mouth. Despite rinse and spit some was ingest. PLUS her foot and ankle are swollen and the the knot on her leg is larger. So I get her cleaned up and we're off to the urgent care/walk-in clinic. X-rays show no broken bones but they wrapped the leg in an ace bandage and said to keep elevated. The answer on the poo issue? Probiotics. That's it. Four hours and that's it.

That night was the annual huge neighborhood gathering. I went at 5:00, bringing my contributions. Checked the camera app, came home and got Mom dinner around 6:30 and settled in front of the TV, Went back to the gathering, did my official photographer thing and got home around 9:00.

This morning she did not get up until after 11:00 and has been groggy all day. Managed to avoid a bathroom incident because when I heard her stomach gurgle I told her to get to the bathroom. I know poo happened because I had to clean off the toilet seat and faucet handles. We watched movies on Netflix all day the rest of the day while I worked on cleaning up the photos from last night and got them up on Facebook. In the last hour though she has been fussing with her closet door, having pulled the knob (old, glass knobs with partly stripped screws) three times now I threatened to take the door off entirely and she's left it alone for the last 20 minutes. So we've gone from a quiet day to my nerves getting all jumped up.

Dinner is currently in the oven. I haven't gotten to the pharmacy to pick up the probiotics yet. Maybe after dinner I can go do that. Maybe not.