What Is Anticipatory Grief?

What Is Anticipatory Grief?

And then there’s my sweet friend who lost her husband and young son to a sneaker wave. Suddenly. Unexpectedly. Tragically. 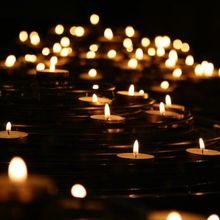 Photo by Mike Labrum on Unsplash


I’ve often thought, Oh, how lucky was I … because I had the gift of time.

With my husband’s terminal cancer, there was the gift of time to say everything we wanted to say to each other.

But there was also the uncertainty. How do you even begin to prepare for such an unimaginable loss?

You see it coming as you’re standing on the tracks, a freight train bearing down. But you’re frozen in place, mesmerized by the light.

And you know this rather large thing is going to hit you.

And you know it’s going to hurt. Significantly.

But you can do nothing to move off the tracks. Or to change the trajectory of the train.

How do you keep hope alive and yet balance it with realism?

Derek Thompson wrote a piece titled “The Secret Life of Grief” that helped me understand what I was experiencing:

Having time to watch a loved one die is a gift that takes more than it gives.


Thompson went on to explain what he meant:

To suffer a loved one’s long death is not to experience a single traumatic blow, but to suffer a thousand little deaths, tiny pinpricks, each a shot of grief you hope will inoculate against the real thing.

And it helped to be able to name my mess—to know that the uncertainty, the approaching freight train, the mesmerizing light is common among people watching a spouse, child, parent fade a little more with each passing day.

I got to exchange one hard traumatic blow for those thousand tiny pinpricks of pain as I slowly leaned into the inevitable, as I surrendered what I couldn’t control to God and allowed Him to envelop me in His peace with the knowledge that all would be well.

This thought from Nanea Hoffman:

Sometimes grief is a friend you wish you didn’t know but that you have to spend time with because love brought them along to the party. And the party was worth it.


The party was so worth it.

For those of us who still have our most prized, irreplaceable loved ones with us, how might we best spend the time with them … while there is still time?