When Bombs Drop (and They Will)...

When Bombs Drop (and They Will)... 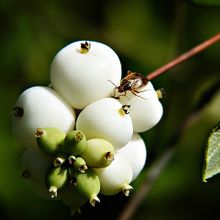 Many years ago, a member of one of our online support groups regularly reminded the group members: Life is for the living.

In caregiving, you sometimes feel stuck between life and death. How do you go about life when death and decline won’t go away?

Last night, during The History Channel’s “WWII in HD,” we saw how Londoners managed life during WWII, when bombings became a normal part of living. The Blitz (sustained German bombing) occurred from September 7, 1940 until May 10, 1941, with smaller attacks continuing until the war ended.

They never stopped living, even as death and destruction surrounded them.

For you, caregiving can seem like another kind of blitz; you get bombed and bombarded by bad news, unsuccessful treatments, continual losses, sadness.

And, so during the bombings, you may catch yourself thinking: “I’d better pass on that bit of fun. Our life is just not so good right now.” You may think enjoying life means disrespecting the seriousness of your life.

You sacrifice so much. Don’t sacrifice a moment to laugh or to dance or to simply smile. These are moments given to you, just for you. Take them. And, then share them. If the Londoners could do it, you can, too.