When it Rains it Pours

When it Rains it Pours 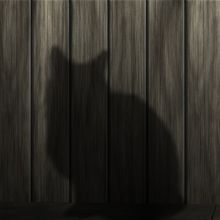 I like to try to be a responsible pet person and summer time means a fight with fleas hits a new level. So I put flea drops on our cats. The flea drops contained etofenprox a derivative of pyrethroid and the package was just for cats. So I put them on the cats Sunday night by 2 am Monday morning one of them (Fancy) was having seizures.

Between 2 am and 7:30 a.m. she had a total of six seizures and in between each she trembled and I honestly thought I was going to lose her. At 8 a.m. we rushed her to the vet in the next town (there isn't one where we live) and found out there was no antidote for it other than what we had already done in washing it off. He gave Fancy meds to fight the tremors but he said the prognosis was good.

Then at 6 p.m., Gramma asked me to take her to the ER because her stomach was hurting and her chest felt tight. Then she told me she'd been feeling that way all day and hadn't felt like going with me to take Fancy to the vet but did because she knew I was upset. *headdesk* So off to the hospitals and she was admitted. (She was released today.)

Then today while I was working on getting things ready to head to the hospital I find one of the other cats (Tippy) trembling. So into the kitchen sink, she went under protest. I'm afraid that I've been so focused on Gramma and Fancy that I might have missed the times that Tippy needed me.

The vet called in meds to help Fancy with her trembling and she's doing fine and Tippy weights more than Fancy so I have her the same dosage as Fancy. It won't be nearly as effective I know but at least it will help. Since they were going to have to endure the fleas until we are sure that this crap is out of their system we cooked up some liver tonight. (It's recommended for those low in iron)

So Gramma is now home, she's feeling weak but she's otherwise okay. She was dealing with an impacted bowel which just sounds horrible. It's a relief that she's home. Her PT and OT are coming tomorrow which will be good but I'm afraid they may be starting over in building up her strength again.

Fancy is doing good, she no longer has the trembles though her depth perception and balance is still a little off but that's not stopping her from trying to get back to her rip-roaring through the house to the point she looks like Hover Cat.

Tippy I'm still worried about as the meds haven't really kicked in. I'm going with the idea that she's eating and she's alert then there's hope (which is what the vet said about Fancy). Tippy likes to hide so I don't know if she's eaten in the last couple of days but I do know she ate some liver tonight which makes me feel relieved. I made her drink some water with a medicine dropper. She wasn't happy with me but right now I really don't care.