Where Do I Start?

Where Do I Start? 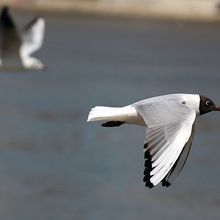 Today is the 1 year anniversary of my mother's death. But my mind isn't on mom much.

I'm in a place that I don't even know how to describe... other than all over the place.

You know that friend that knows all your secrets.
The one that lets you sleep on the couch when you find out your ex is getting remarried.
The one that holds your hand in your darkest hours.
The one that drove four hours just to attend your dad's wake, and then years later again makes that trip for your mom's funeral.
The one you spent hours with commiserating over work issues.
The one that always can make you laugh.
The one tells you you are beautiful and adds "I'm just saying that because it's true"
The one that brings out the best in you--you are a better person because she's there.

The kind of friend everyone should have.

And this morning she's the one that texted me first thing saying, "Good morning. I felt so much better after talking to you last night. I am grateful for having you as a friend. Thanks. I'll talk to you later."

She is the one in the middle of a divorce and now suddenly in the hospital.
The one who had two liters of fluid drained from her plueral cavity yesterday and samples taken from tumors in her lungs for biopsy.
The one who said, "It really doesn't look good."

Last night she said she felt overwhelmed by family (dad and siblings - she has no kids) hovering and making plans for hospitals and doctors, etc, even before test results are back. She reminded me of our recent conversation, about if she were to have cancer, if she knew that treatment wasn't promising, that she would probably choose no treatment. That conversation had already popped into my head. She said, how ironic, that we had that conversation the last time we had dinner together. She said she still felt that way and she knew I would support her if it comes to that. Her family will have a really hard time stepping back because they love her so much and she is the "baby."

You know that Bette Midler song, "Wind Beneath My Wings." She once told me that I am that to her. I pray I can still can be that wind to let her soar, to be there for whatever she needs, for what she wants. To put her first over my fears of losing her.

I'm glad you have a safe place to express your thoughts and feelings right now. When you love someone so much, you wish you could carry them through their pain and relieve them of it; all we can do is walk beside them, and it's not enough.

I think a lot about what friendship means and wonder how many of the people I consider friends will really be with me in the hardest times. You and your friend are lucky, or blessed, to have each other. But I'm sorry you have to go through this hard time now.