Who Are You and What Have You Done to My Mother?

Who Are You and What Have You Done to My Mother? 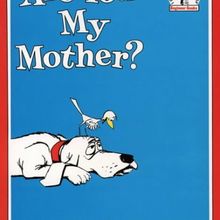 I have been told on a number occasion by my mom that looking after Mike can't be too difficult. This from a lady who's career was as a pediatrics nurse. I realize that being a nurse is a lot different than caring for a spouse, but I would like to think that she understood the hurdles that can be thrown up in front of you as a caregiver.

Anyhow, on the sixth of this month my dad had to go in to have surgery on his arm that included repairs to a nerve, a five-in. incision, and trying to limit the movements of a highly active senior citizen. As I told her the day before he went in, "Good Luck!"

Well, after talking to her tonight, I think she has been able to realize that taking care of someone you love can be difficult. I can't imagine my dad being the easiest caree to deal with either. He is highly independent, does not sit still except to sleep, and loves to be outside. He was told by his doctor that he had to limit his activities for three weeks. That's like telling a toddler that they can look at the new toy car, but can't play with it. Mom has had to drive Dad everywhere, she has had to do all the yard work, and do all the meal cooking. She's tired and she says Dad won't listen. lol.

I told her to go easy on him because he isn't used to having someone care for him like she has had to for the last few weeks and it isn't forever. That's when I heard the words of realization: "I know it's not forever, and I don't know how you do it."

Hi--First, I LOVED \"Are You My Mother?\" I read that book over and over and over and...\r\n\r\nI can't tell you how often I've heard health care professionals say, \"I thought I knew what I was doing, until I cared for a family member.\" It's just a whole different animal--different pressures, different dynamics, just different.\r\n\r\nIt sounds like you are doing okay! I'm so glad you will be visiting a friend this weekend. That sounds perfect.