Why Go Back? I Know What They're Going to Say

Why Go Back? I Know What They're Going to Say

0
This was our daughter's conclusion after her visit to the emergency room. How often are people brushed off by a doctor and are then reluctant to go back?

Our daughter's health issues started as an occasional upset tummy that became more frequent. It didn't sound like a huge deal, mostly gas pains. Things got more serious when Emma started vomiting one day and became very dehydrated. This was June 10. I took her to the urgent care center where they tried to start an IV, but couldn't find a vein. We wound up in the emergency room. Her heart rate was over 150. They started IV fluids, medication for nausea, and ... all the questions. They asked all about the pain, when it started, where it was located.. the usual stuff. The nurse was friendly and asked about Emma's college classes. She also asked another question which really shocked me, "Are you sexually attracted to men, women, or both?"

I've since read  about this and I know there are some good reasons to ask patients about their sexual orientation. If the doctor asking is one you will be seeing a lot, it can be very helpful to be open about sexual orientation. If it's someone in the ER who is using this to make a quick judgement about what is wrong, it's not helpful. 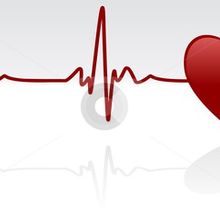 The first doctor we had took her pain very seriously. Emma would respond to the medication for nausea, but still had sharp gas pains and, what felt like spasms, in her belly. They tried a number of different medications, something that always freaks me out in the ER, but the pain always came back, even after having morphine. Her heart rate was still high, though not quite as high as when we first came in. Unfortunately, there was a shift change. The new nurses and doctors decided Emma had an intestinal virus and she'd be better off at home. One nurse said, in a smug manner, "Her heart rate is down every time I see it at the desk, but as soon as I walk in here, it goes up." It was the insinuation that her issues were mostly anxiety and she was being overly dramatic. They discharged her and advised things like GasX.

Maybe their assumptions were understandable, but really, I'm sure there are other young bisexual female theater majors with anxiety issues who also have physical medical issues. Emma knows her anxiety issues and has tools to deal with them, but this was different.

Of course, she made an appointment with her family doc for follow-up. Her PCP was out of town, so she saw another doctor from the clinic. This doctor obviously had read the hospital report carefully. She made Emma come in for weekly weight checks and referred to to see a nutritionist. Emma was asked a bunch of questions about whether she was dieting and trying to lose weight. Did she ever binge eat? or purge? We began the weekly trek over to the clinic. Emma was having weird fevers by now, starting every evening at about dinner time, spiking at around 9 or 10 pm, then going down again. Emma emailed her regular PCP and had another clinic visit. Her doctor had some lab work done and found Emma was anemic. She also ordered stool testing, which meant Emma couldn't start on Iron supplements (it skews the tests). The tests showed no sign of infection, but it did show hidden blood. Finally, Emma was referred to the GI Clinic.

By then, it was the first part of August. We had let her doctor know everything that was going on. Emma was hardly up during the day, having no energy at all. Her pain came and went, and so did the fevers. More worrisome, each time she went for a weight check, she had lost a few more pounds. When she went below 80 lbs, I was scared. The day before her scheduled GI Clinic visit, I called to make sure I knew where to take her. I found out they had no record of an appointment for her, but they did have her referral, so I could make an appointment. How soon? Let's see, the first available appointment was .... October.

That's when I called the family medicine clinic and said I had to speak to her doctor. My daughter is 24 and so she generally does her own calls and arrangements for care. This time, I knew she was really too sick to make the judgement call. I must have either made enough noise or expressed concern in a way they realized things were serious. They called Emma's doctor, who was on her way out of town on holiday. We got a call back from her, telling us to take her to the hospital. She would be admitted for testing.

The battle to find a health care professional who looks at more than one piece of data can be awful. What a horrible journey to get help. I so hope the right help is now in place and works with all of you to ensure a future of good health for your daughter.

Following your story, Goldie, and hope every day is a little better as your daughter recovers from her surgery.

Consistency between doctors, nurses and different departments does not seem to exist. I relate to your situation so much. It seems certain symptoms are taken lightly most of the time. Stomach pains, etc. do not even alarm ER people. My daughter had severe pain when she was younger and they would look for something but not with any enthusiasm. She has never had a specific diagnosis. As an adult she has used diet and such to help herself. \r\nIn your case it must have been alarming to go for medical care and then go for medical care while you are watching your daughter's symptoms worsen.\r\n\r\nThey are fortunate to be dealing with you. I can get very \"present\" in those type situations. Your post frustrates me because I know the condescending looks, the exchanged glances made over your head when you make a point or ask questions. And, change of shift, sucks! I think next time I will type out everything I plan to say and make multiple copies and pass them out. My husband can represent himself to some point but I fill in the gaps. Had to say the same things over and over again while they are looking at state-of-the-art technology. Why isn't it in the system what was discussed two hours ago?\r\n\r\nPlease let us know how this turns out. I pray God will place a doctor into the path of your daughter who will be competent and thorough. And, I pray you will find peace and comfort as you all continue through this with your daughter.

A friend of mine who died of cancer at age 85, got a kick out of those questions about illegal drug use. She said she was always tempted to say, \"Oh, goodness no! ...except for a little heroin now and then.\" And she would laugh and laugh. I know they have to ask certain questions, I don't fault them for it, just for making assumptions and being somewhat smug about it.

Goldie, I am so sorry. Medical care should not be as challenging as it has become in too many situations. This must be so frustrating, maddening and scary for you. Thank you for the update and continued prayers for sound medical guidance and support for healing for your daughter.