Why Not Come Together to Resolve Rather than Research?

Why Not Come Together to Resolve Rather than Research? 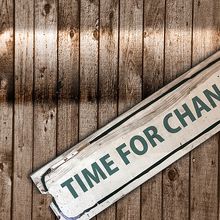 Does anyone do this thing flawlessly? ~ a six-word story about caregiving's impact

Frustration: makes me want to cry. ~ a six-word story about caregiving chaos

Not knowing what more to do. ~ a six-word story about the worst part of caregiving


Resentment, which leads to more guilt. ~ a six-word story about the worst part of caregiving


A recently released report, Families Caring for an Aging America from National Academies of Sciences, Engineering, and Medicine recommends that "the next presidential administration take immediate steps to address the health, economic, and social issues facing family caregivers of older Americans."

A committee of 22 professionals, including researchers, physicians and social workers, penned the report and its four recommendations. The report received financial support from 15 sponsors. In a nutshell, the report calls for "health care delivery system reform that elevates family-centered care alongside person-centered care to better account for the roles of family caregivers and support their involvement in the care delivery process."

I know we all can agree with that because we already knew that.

The committee included nine members who are either physicians or associated with a medical center. Rather than researching what we already know, why not actually create pilot programs which do what the report recommends within those nine members' hospitals or health systems? Why not be the change that's called for in the report?

Wouldn't that be something? To have a team committed to resolving a problem by actually creating a solution rather than simply research how difficult and challenging caregiving can be.

A little more than six years ago, I wrote a blog post, When Researching for Tomorrow, Pay for Today’s Help, requesting that a percentage of any research done on the family caregiver experience go toward actually helping family caregivers by financing a break for them. Please, create solutions not just more research.

Rather than researching the problem, why not be the solution?

Help Us Make a Difference

Denise, that is an awesome idea! I'm new to this whole caregiver world, but I sure hope you are recognized as the pioneer you are!