Will Need to Start Over

Will Need to Start Over 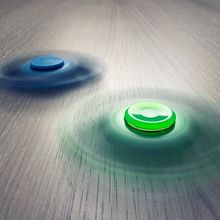 It's been a while, I know. Haven't had the energy to write - which is not good as that is what a I do for a living.

The back and forth frustration with Medicaid has continued. The boss decided to be an ass and scold me for my "attitude". You see, I'm supposed to be happy. All the damned time. Oh sure, "everyone" needs to "work on that" but I was the only one called on the carpet for it - also the only female by the way. Don't take a deep breath and sigh - I'm serious. Deep breathing to help stay calm is not acceptable. Don't get upset on the phone with Medicaid. Don't talk to yourself, even in a whisper. Don't speak up, even if you know the answer and no one else does (I kid you not). Basically, shut up and smile. All. The. Time. Has ANYone taken the 5 minutes to ask how I am? No. Does ANYone say good morning to anyone? No. Does ANYone engage in any conversation that might build the team? No. But I am the problem.

The kicker to this whole period of "shoot me now" was this last week.

On Tuesday (4/2) Medicaid had finally gotten the info from Manulife about the value of Mom's shares. Shares whose dividend (quarterly) has been a source of income. A little over $8,000. They call me, tell this and order me to sell the shares and then spend it down. Oh-kaaay. After another round-robin of phone calls to Canada and New York I finally get someone who tells me "no" he can't issue the sell order, I have to. Okay, how? "Send a letter". Explain the situation - "oh, you can do that online". Why the hell didn't you say so? "It's easy, it'll be faster". Oh-kaaay. Of course, not easy. Remember I am a writer at a company that builds websites and I run a couple of websites. But this one? As clear as mud. So I call back, get a different person, have to start all over. FINALLY am able to issue the sell request. It'll take 5 business days to complete the sell and another 7 to 10 receive the check.

So today I go down there at 7:30 a.m. and at long last finally get to meet with my actual case manager. Explain everything, turn in the additional paperwork on a five year look back for a closed account and discuss what's next.

That's what. They will (and did within an hour - Agency on Aging called me) deny her Medicaid and we can re-apply after the spend down.

Well over a ream of paper submitted and two months later - denied. Hoops jumped through more than once - denied. Rules changed on us mid-stream - denied.

To re-apply she will have to be re-assessed by the Agency on Aging - remember, getting THAT appointment took forever. We will have to prove receipt of the Manulife check, receipts for everything we spend it on, re-file the application and pray we have enough $ to cover her expenses while they take another month-ish to make up their minds to approve her.

Meanwhile, she continues to decline. The last few days she can't stand up straight and walk. But she still won't use her walker. Fights wearing the gait belt - in the last 15 minutes has tried to take it off at least four times. My back is killing me from getting her out of her chair and toileting (you have to hold her up with one arm while trying to clean off poo and pull up pants when done). By the time we get to spend down completion, she'll probably be too frail to be at home.

So, considering a lift chair (which I hate the idea of because the living room is too small), maybe get a lightweight wheelchair so I can get her to the doctor and church (since she won't use the walker and is now leaning too much to stand up straight) even though I still have to get her down stairs to get out of the house, stocking up on Depends and other needs, replacing clothes she's lost too much weight to wear and possibly a deposit on a care facility. Except the one I was hoping for isn't going to work and the other well-rated one won't call me back. So we continue to pay Home Instead Senior Care with the rest.

This whole thing continues to be a nightmare. This system is beyond broken. My fear remains that we'll get this spent down and then it'll take forever to get the approval and meanwhile there won't be any money to pay the caregivers.

So I do get a small refund on taxes this year -- would LOVE to go somewhere for a couple of days but there's no one to stay with Mom and no $ for respite care. So we remain, as always through this.... screwed with not enough wine.

Thinking of you with support and encouragement today. You continue to fight on behalf of your mother, you are amazing. I can certainly see why you would be anxious about the spend down. It is a very broken system with our loved ones at the center at risk.

I am so sorry, Cat. This is devastating. The system is broken and it's also insensitive and unkind. I just can't even imagine how you must feel.\r\n\r\nPlease continue to keep us posted.