You Don't Want Me to Use My Teacher Voice!

You Don't Want Me to Use My Teacher Voice!

0
There seems to be a bit of confusion about my parents, which we may not have noticed if we hadn't been working on getting them back on Medicaid. This doesn't surprise me a lot because the facility has had a lot of staff turnover in the last year. Things don't get communicated to the new staff and, either they didn't write things down on the charts or the new folks don't read them. I've had to do a lot of reteaching. 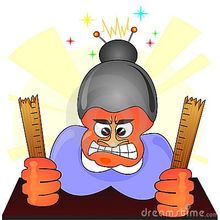 Until Mom and Dad are back on Medicaid, I order their meds, not you. Money comes out of my checking account.

When they start running out of meds, you need to let me know. I try to keep up, but geez, don't let Dad go two days without pain medication without calling and saying you're out of pills.

And don't tell Mom to get Tylenol at the drug store and keep it in her apartment. Look at the chart. She's not supposed to be in control of this. Is it written there?

No, Mom can't take showers by herself safely, not even if she says so and you're short handed. This is the care we contracted for.

The reason they are in assisted living is not because Dad is so frail. He has become frail in the last six months. Oh yeah, you've only been here two months. The reason they are in assisted living is because Mom couldn't manage her meds and she became psychotic. It's because she is diagnosed with dementia. Yes, I know she sounds very together. Yes, she remembers everything. She just can't figure out how to get herself a glass of water or a snack to eat (among other things). She hollers at Dad to do it for her, explaining (if anyone questions) that Dad wants to take care of her and this keeps him moving. She has drug seeking and addictive behaviors. She's cleverly manipulative. You better know your stuff.

Occasionally, she has bowel or bladder accidents. Dad cleans up... or the aides do.

And please, people! Get your billing straightened out! There's nothing quite like being told that, oops, when the company changed owners, they didn't get Mom down as a resident and, guess what! You owe $17,010.00 in back rent and fees.

At least we don't have to wonder how to spend down. Don't expect full payback either. They don't have it.

That's the assisted living facility. Now for the PACE program:

When they left the program 1 1/2 years ago, we told you they'd be back as soon as they spent down. We told you it would be less than two years. I suppose we could have kept them in your program and self paid during that time. Then they would have spent down their money in nine months or less. Would that have mattered? Well, leaving the program and going onto Kaiser in between time allowed them to get a few things they wanted and/or needed. Dad got GOOD hearing aides instead of the cheap ones from Medicaid. Mom got her dentures fixed and fitted properly. Dad got a walker with wheels. Mom got a doctor who weaned her off of most of the benzos.

Anyway, I digress, we let you know they were coming back. Do you really delete files for people when they're gone for this long, even when you've been told they're coming back? Where are Mom's medical files? I know, the doctor she saw is no longer there. Shouldn't matter. Aren't you supposed to keep these files for a certain amount of time?

If the Medicaid assessor needs documented proof of Mom's dementia diagnosis, will you have the documents? Or will you, like the woman who did the functional assessment, believe Mom when she says she's never been diagnosed with dementia, and erase my note on the new file?

I retired from teaching ten years ago. I don't have the patience I used to have. Learn quickly.

You really don't want me to use my teacher voice.