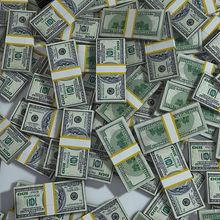 On a regular basis AARP Public Policy Institute puts an economic value on your caregiving work through its Valuing the Invaluable series. Today, the organization released the economic value of the care you provide based on 2013 data:

In 2013, about 40 million* family caregivers in the United States provided an estimated 37 billion hours of care to an adult with limitations in daily activities. The estimated economic value of their unpaid contributions was approximately $470 billion in 2013, up from an estimated $450 billion in 2009.

* Note that the number of family caregivers varies widely in caregiving research. In 2013, Pew Research Center estimated that about 95 million individuals provide care. If Pew's numbers are correct, $470 billion is half what the true figure could be.