Your Greatest Caregiving Skill: You Know How

Your Greatest Caregiving Skill: You Know How 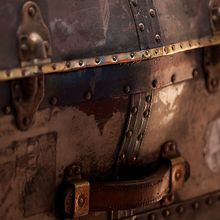 Last week, I presented my workshop, Healing the Family Rifts, for a group of social workers and family caregivers. During the presentation, the attendees shared their stories of rifts that leave them wounded. For the family caregivers in the audience, the wounds come because other family members just won't help.

I later asked Abby to share a little more about one of the siblings who doesn't help. Abby told the audience about her younger sister, who told Abby, "I want to keep my life as it is. Helping Mom will complicate it." So, Abby's youngest sister travels regularly to wonderful places like Dubai. Her sister gives to herself. Abby gives to their mother.

As Abby shared about her sister, members of the audience chimed in with their thoughts. "She must just not know how," someone suggested.

And, then Abby shared more of the story: When their father was dying, Abby said it was really hard. She told her sister just how hard it was.

Ah, I said. It's hard to be there and yet you still did it.

It's hard for your sister, I added. And, she can't figure out a way to be there. Just think how hard it is to know that and even harder it must be to admit it to someone who knows how.

So, she travels. Really, she runs.

When family caregivers share stories of siblings who can't, I think of an email I received several years ago. A sister, caring for her mother, wrote to me about her brother. He stopped by like clockwork at the same time on the same day every week to see his sister and mother, who resided in an upstairs bedroom in his sister's house. When the brother made his visit, he stood in the hallway of this sister's house, never going further into the home, never actually seeing his mother.

This made his sister crazy. What is wrong with him, she said, that he can't come and visit with me and sit with his mother?

I wrote her back with this suggestion: The next time your brother arrives, give him a hug and tell him, "I'm so glad you are here." Then, take his hand and walk him up the stairs and into your mom's room. Sit with him as he sits with your mom. Talk to your mom and help him do the same. He wants to be there for both of you. He just doesn't know how.

I wonder, though, if it's more like two kinds of people: Those who know how and those who need us to show them how.

You know how because you stay when you'd like to run. You stay when you think, "This is so awful. I'm not sure I can do this." You get up every day to begin again, to face the difficulties that come with life's hard time.

And, interestingly enough, you show them how by doing what you do every day. Just doing it. And, once in awhile you can show them by telling them, "I understand that this is hard. I have a days when I doubt myself. I have moments when I question whether or not I'm doing what's right, what's best. When it gets that hard, I talk it out, I take a moment to breath and I say a prayer."

The presentation ended last week with thoughts on how to move past the anger, resentment and bitterness toward those family members who don't help. Abby told us that she wants to heal, that she has packages to mail to siblings in hopes her bitterness will leave when the boxes begin their journey.

And, that reminds me of a story told to me last year by a former family caregiver ten years after her experience. Her siblings were minimally involved in helping her care for their mother. The family caregiver was with her mother as her mother died, an experience that still moves her when speaks about it. After her mom died, she called her siblings to let know them their mother had died and to describe her mother's final moments. After hearing about these final moments, her sister said, "I should have been there."

The family caregiver lives in peace knowing she was there. The sister lives with regrets knowing she should have been there.

We could judge those who don't know how. And, sometimes, the judging does feel good. In the end, though, we don't have to  judge. Because those who don't know how will be their own toughest judges. Think of Abby's sister. When her mother dies, will she view her trips to those exotic places with fondness? Or, will they be viewed with shame? Because the plane she took never took her to where she really wanted to be---with her mom. She just didn't know how to get on the right plane. Abby will be able to live with herself when caregiving is over. How will her sister?

I spoke with Abby after the presentation. She was on her way to mail her gifts. Because she knows how. Just like you.