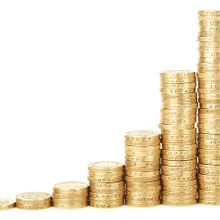 The price tag for informal caregiving of elderly people by friends and relatives in the United States comes to $522 billion a year, according to a new RAND Corporation study.

Replacing that care with unskilled paid care at minimum wage would cost $221 billion, while replacing it with skilled nursing care would cost $642 billion annually.

The study, published online by the journal Health Services Research, improves on earlier estimates about the value of informal caregiving by making use of the 2011 and 2012 American Time Use Survey, a new and unique database, to provide up-to-date cost estimates on informal caregiving.

“Our findings provide a new and better estimate of the monetary value of the care that millions of relatives and friends provide to the nation's elderly,” said Amalavoyal V. Chari, the study's lead author, a lecturer at the University of Sussex and a former researcher at RAND, a nonprofit research organization. “These numbers are huge and help put the enormity of this largely silent and unseen workforce into perspective.”

Across America, people spend an estimated 30 billion hours every year providing care to elderly relatives and friends. The cost is measured by valuing the times caregivers have given up in order to be able to provide care.

Researchers calculated hourly wages for working caregivers by dividing weekly wages by weekly hours worked, and for non-workers by estimating wages based on characteristics such as education, age and gender.

Three out of five caregivers also are in the labor force. Working-age people under the age of 65 provide 22 billion of those 30 billion caregiving hours, and they often lose income due to reduced work hours. Because their hourly wages are higher than those over 65, they account for the largest portion of the informal costs of caregiving, or $412 billion a year — about midway between the replacement cost of paid unskilled caregiving ($221 billion) and paid skilled caregiving ($642 billion).

Other studies estimate that about $211 billion is spent annually on formal long-term services and support for elderly people in the U.S. — items such as assisted living centers, adult day care services and nursing homes. This is just a fraction of the cost of care provided by relatives and friends. The bulk of the economic burden of care of elderly people is shouldered by working adults.

“Our findings explain the interest in workplace flexibility policies being considered by a number of states that provide paid time off from work for caregivers, as well as programs such as Medicaid's Cash and Counseling program that allows family caregivers to be paid for their assistance,” said Dr. Ateev Mehrotra, co-author of the study. He is a researcher at RAND and an associate professor at the Harvard Medical School.

The study was supported in part by a grant from the California Health Care Foundation.

Other authors of the study are John Engberg of RAND and Kristin N. Ray of the University of Pittsburgh School of Medicine.

RAND Health is the nation's largest independent health policy research program, with a broad research portfolio that focuses on health care costs, quality and public health preparedness, among other topics.

It is surprising that the stats for caring for younger disabled folks isn't included in this info. I remember hearing about how some states had Medicaid stipend for family caregivers. It is mind boggling to consider how much more burden would be on the system and how much money we have collectively save Medicaid by keeping family members at home.

WOW!!! That is amazing! Thanks for posting this!

Can you imagine if this stat reflect all the hours of caregiving? This research focuses specifically on eldercare and wee know that caregiving is more than just eldercare. Hopefully, the focus will expand to include time spent caring for any family member with a chronic illness (including frailty), disability or injury, regardless of age.\r\n\r\n\"Beginning in 2011, the American Time Use Survey, conducted by the U.S. Bureau of Labor Statistics, began asking participants about time spent helping elderly relatives with daily activities.\"